Edward Preston Schwerd began making his mark in meat packing in the mid 1940’s. By 1950, Preston – as he was known – would establish Meridian Meat Packers in Idaho. His commitment to quality and craft was passed to his sons, Chuck and Ed, who continued their father’s tradition with the launch of Red Steer Meats in Phoenix, in 1969. Both businesses remain family owned and operated.

At Preston’s Steakhouse the hallmarks of this heritage are exemplified by a new generation. Chef Charles Schwerd pairs the proud legacy of his grandfather, father and uncle with his own celebrated culinary background to ensure that every aspect of your dining experience is unforgettable and unparalleled.

We believe a shared table is a shared life. We are honored to serve you and proud to share our heritage in every bite. 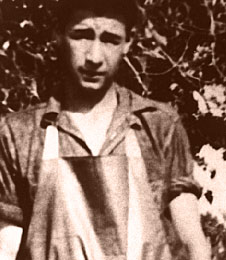 Schwerd’s uncompromising vision is one of mouthwatering perfection. Preston’s offers an enticing combination of traditional steakhouse classics and innovative surprises. Premium cuts of meat aged to perfection, fresh seafood served mercury-free, and locally sourced ingredients are the foundation of a rich and flavorful menu sure to delight the most sophisticated palate.

1. values, traditions, techniques, and convictions that have been passed down from previous generations.